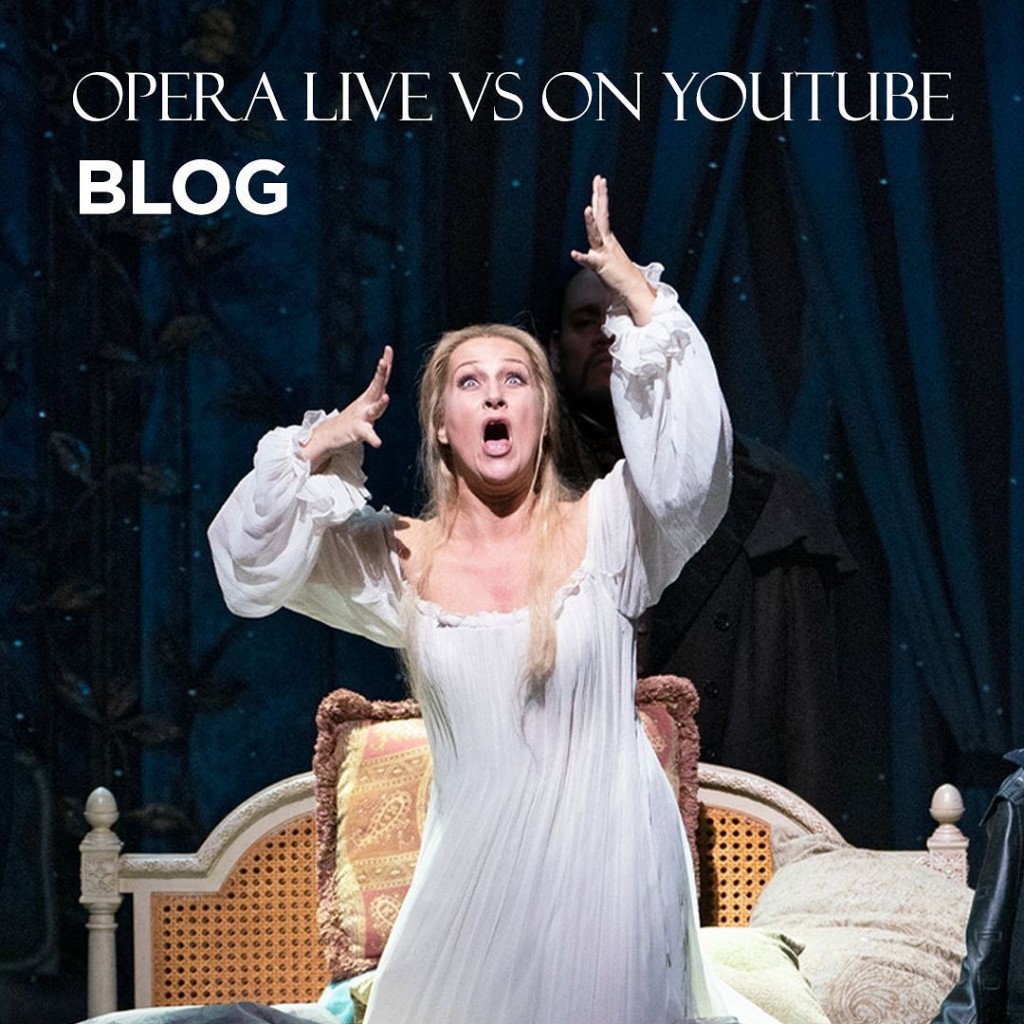 Recently I have been deeply disappointed by listening to a singer performing in real life because his YouTube clips sounded great. Since I have experienced this feeling 1000 times in my life I now wonder how a singer can be judged only by audio/video recording. Actually I would say that, in general, good opera singers sound even better live while the mediocre ones risk making good impression on a recording. But why so many disappointments? And how come that a beautiful operatic voice with good technique and everything can, sometimes, be penalized by a recording?

Many of my YouTube disappointments came from the fact that the singer lacked, in real life, voice projection. This is the singer’s ability to, through vocal technique procedures that I will try to describe in a future post, make the voice resonate, project it throughout the hall, from the first row to the last lousy seat of the opera house. Let’s keep very clear in mind that one of the founding prerogatives of opera singing is to be sung without microphone, unless one performs shows in large open spaces that are not designed – acoustically speaking – for this type of performance, like football stadiums or city squares for example.

The point is that during a recording, live or in a studio, microphones are there. And with the help of a good sound engineer and audio-editing programs, small miracles can be done. It takes years of experience and fine and sensitive ears to be able to judge a singer by mere audio/video listening. And we might be wrong anyway. Certainly factors such as intonation, stage presence, vocal range are absolutely judicable through YouTube. But the color of the voice and its volume, essential factors in the opera field, can only be understood by listening live, possibly in a theater. The operatic vocal technique is the result of centuries of evolution of singing aimed at performance in a theater. A good singer shouldn’t have a hard time making himself/herself heard without a microphone in a theater with decent acoustics. Those who do not succeed should seriously question themselves.

Luckily I also had several good surprises! For example the two legendary basses Samuel Ramey and René Pape. After listening to Samuel Ramey live, I laughed out loud at the thought of those who consider him a baritone. Ramey’s voice sounds lighter in CD than in real life, that was it. And René Pape live is absolutely exceptional, while on video and on CD he left me perplexed. In both cases recordings did penalize them. The operatic voice is acoustically very complex, a rich blend of different sound frequencies, and it is not uncommon to come across recordings that seem almost not to notice the beauty of a singer’s voice. I think it’s a bit like for those who are photogenic and those who are not: the photo captures some things, not all of them; and some photos are better than others, sometimes regardless of the skill of the photographer and of the beauty of the subject.

Today, in the vast majority of cases, a voice is first of all judged on YouTube or via MP3 file. Having a series of good recordings is an important factor in making a good impression. In short, a business card. And so far I think we can all agree on that. But to all those who rush to YouTube to see if a singer is good I recommend to prefer live recordings (these too can be made up but much less than those made in a studio) and without wireless microphones. Because the lyrical voice is designed to be heard from a distance, not to be recorded with the damn microphone down in your throat. And to casting managers I say that the best way to be sure of the qualities of an opera artist is to listen to him/her live. As it once was.

One could object: yes, okay, but then should we doubt of the recordings of Callas, Pavarotti, Del Monaco, Siepi? I reply that 50 years ago recordings were made with other technical means and if everyone who listened to her live tells me that Callas had an impressive voice, let’s say that I tend to trust them. Although I am aware that I will never know, unfortunately!, how Callas’ voice could really sound in real life.